SLU PT Student Enjoys Adventure Down Under During Semester Abroad 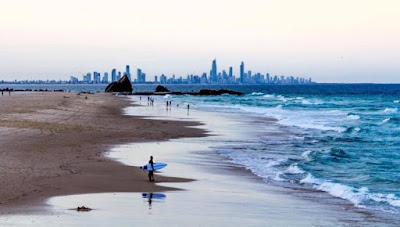 I expected the weather to be perfect, the people to be friendly and the beaches to be beautiful. All of these things came true! I arrived in Australia in the middle of summer in The States, so it was the middle of the winter in Australia. Therefore, it was not hot weather like expected but the weather on campus was 70 to 80 degrees, sunny and windy almost everyday. The people I met were all great! I was told prior to leaving that I would be surrounded by the friendliest people while I was in Australia. While not everyone was head over heels friendly, the overall experience everywhere I visited deemed that to be true. As for the beaches, they were all amazing. The waves and rips were extremely strong, so you can only swim ‘between the flags’ because that is where lifeguards are watching. 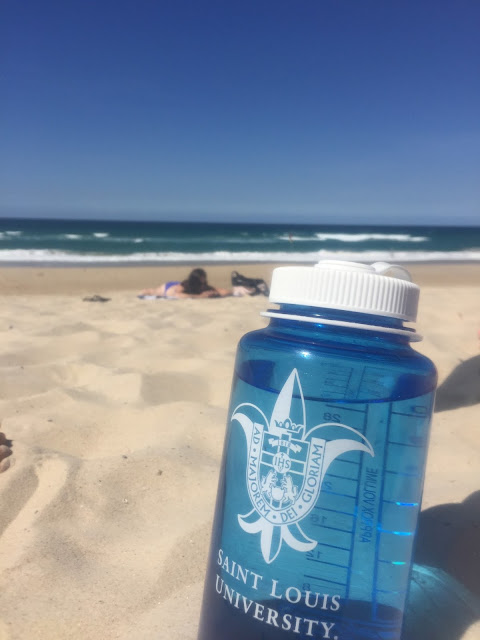 There was not a lot I was nervous for when preparing for this trip. The only thing I can think of was the uncertainty of going somewhere new. However, once I arrived on campus and unpacked my bags, my nerves were gone. Many of my friends headed to Europe were nervous about getting around country to country, mainly due to the language barrier. Lucky for me, Australians speak English! This made it easy for me to communicate, whether that be to use public transportation, decipher maps, order food, etc.

Overall, I was extremely excited to head abroad. I wanted to explore Australia and experience everything it had to offer. I love the outdoors, so I was looking forward to hiking, swimming and being able to constantly be outside.

One thing that surprised me the most was how similar Australia is to America. I was mentally prepared to be thrown into a completely different culture and pace of life, but it was very easy to get used to living in Australia. The main differences that I faced daily were that cars drive on the left side of the road, so you have to look left for cars before you cross the street instead of right, when you walk on the sidewalk you stay to the left and all of the brands are different so getting used to what the grocery stores are called and the different brand names used for different foods and items took some time to get used to. 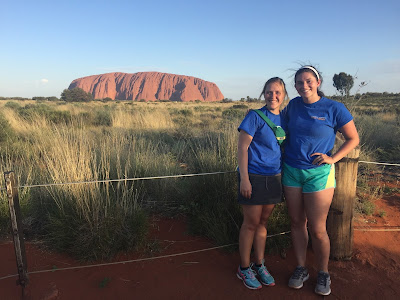 I was lucky enough to see a lot of highlights of Australia. I spent a weekend camping in the Outback and got to see three major rock structures, one being the infamous Uluru/Ayer’s Rock, and hike around the other two rocks. The indigenous culture was extremely present in the Outback, so I was able to learn a lot more about the history of Australia. It was HOT, but the views, hikes and sleeping under the stars definitely made the trip worth withstanding the heat. 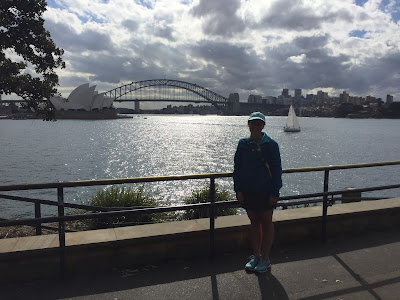 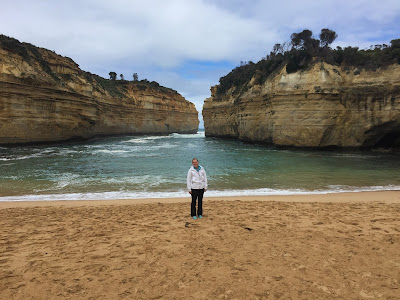 I had the opportunity to visit Melbourne and spend a day experiencing the city, followed by two days driving and camping on the great ocean road along the southeastern coast. I saw the road on a tour with twelve other people and we spent the night sleeping in a giant teepee where we had an Australian bbq for dinner with kangaroo burgers. The road was beautiful and the experience unforgettable. 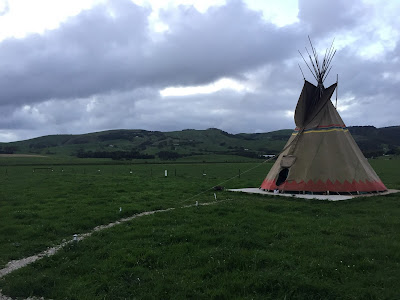 The only real Australian food I had the opportunity to try was kangaroo, a variety of fish Australians eat on the regular, like barramundi, and, most importantly, Tim Tams. Tim Tams are by far the best food Australia has to offer. They are cookies and come in many flavors. When I came home I filled an entire carry on bag with every flavor of Tim Tam and some Wallaby Bites (a granola snack).