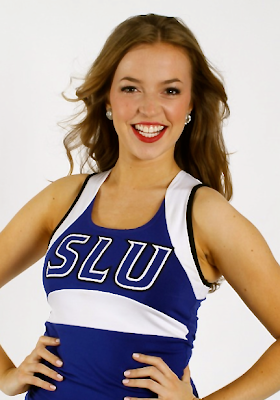 My name is Alex Tepoorten and I am a sophomore at SLU. The past two years of my life have been spent in two ways: as a physical therapy student and a dancer on the Saintsations Spirit Team. I’ve been privileged to have the best seats, not only in the Allied Health Building, but in Chaifetz Arena. Through every performance at the home basketball games or every test to study for, I cannot lose sight of what got me to SLU in the first place. I am honored to share my story with you.

Thanks to a family friend of mine, SLU was on my radar. My mother was the one to convince me to send in an application. In the meantime, I was already committed to the plan I had made to attend a different university. With my roommates selected and a move in date marked on the calendar, I received my acceptance letter into not only Saint Louis University, but Saint Louis University’s Program in Physical Therapy.  A decision then had to be made. It took a fantastic tour of this campus and my father’s comment that “my stars were aligned” for me to commit and start calling myself a Billiken. 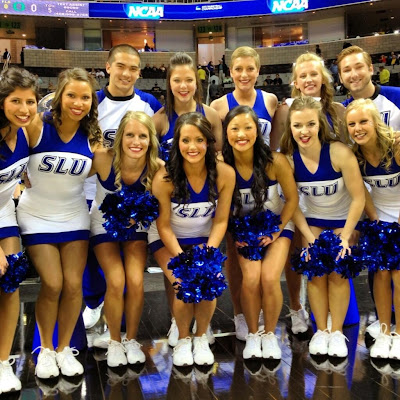 I have been dancing since I was three, so I knew dance was something I couldn’t let go of, even in college. After deciding to attend SLU, I signed up for the 2011-2012 Saintsations tryouts. I have been on the team now for two years. I have had the honor of cheering at every men’s home basketball game, choreographing for our team, and most recently attending the A10 conference and the NCAA tournament. With the Saintsations family by my side, I was able to watch history as our basketball team set a school record for wins and won the A10 conference title. Spending a week cheering on my favorite team in San Jose was surreal. I was blessed to have professors that worked with me during my absences and allowed me to fully immerse myself in what was an unforgettable trip. 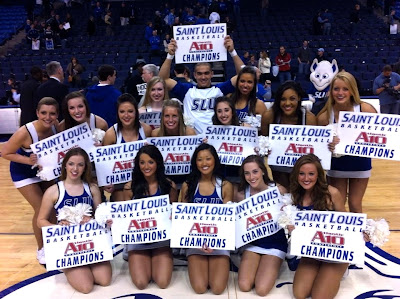 Being a student and an athlete has brought both challenges and great memories to my college career thus far. Though there are times I become stressed, I would not change one thing if I could. The experiences I have been part of are extraordinary and it is because of the students and faculty of this SLU community that make it happen.