Meet the New Executive PTSTUCO Board!

We asked each Executive PTSTUCO Board Member why they choose SLU PT, how they became interested in physical therapy, and what their favorite SLU memory is so far: 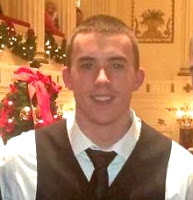 I chose SLU PT because they have a prestigious program and the faculty was extremely impressive when I visited.

I became interested in physical therapy after I went a few times myself and learned more about the profession.

My favorite SLU memory so far would have to be storming the court after defeating Butler this year; it was one of the most unforgettable moments in my life. 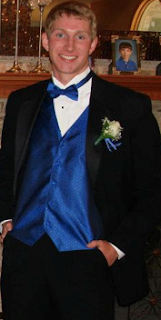 I chose SLU PT since the Program and University appealed to me in many aspects. Also, I had heard wonderful things about the program and school from friends and family.

I became interested in PT after experiencing multiple sports injuries and the rehabilitation techniques involved. Ultimately, I yearned for a career in which I could express my passion for helping people.

My favorite memory here at SLU so far would have to be attending a basketball game in an American flag morph suit and dancing on the big screen. Surely I am ambitious and have many talents, but I had no idea I would rewarded a $50 gift card for my antics. 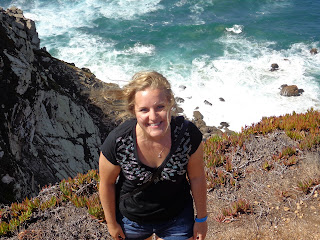 When I visited SLU, I completely fell in love with the school and the city.  I felt comfortable and right at home so it was obvious that this was the school for me!

Since I was little, I had always wanted to be a pediatrician. One summer during high school, I shadowed the head pediatrician at a large children's hospital in Chicago. When he would go to meetings or do paper work, he would send me down to the physical therapy clinic so I could make use of that down time.  I started to look forward to those parts of the day the most and by the end of the summer I knew that physical therapy was truly where my heart was.

I have had so many amazing experiences here at SLU with service, clubs, going abroad, and so much more. However I think my favorite memory was with my floor freshman year. I lived on the Honors floor in Fusz (4F!) and we would have the most intense nerf gun wars with the other Honors floor.  We would all dress in the same color and plan the most intricate battle attacks. It was definitely the nerdiest, most ridiculous thing I've ever been a part of, but it taught me to embrace who I was and just have fun. It really helped me break out of my shell freshman year. 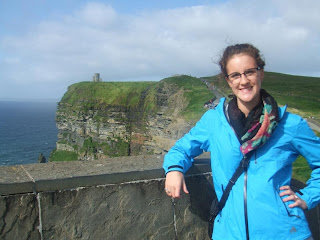 Going to SLU is kind of a thing for my family. . . I'm the 14th member of my extended family that chose to be a Billiken! During my college search however, I was checking out the national rankings of PT schools and was absolutely floored to see that SLU had such a prestigious and well-known Program in Physical Therapy. After that, it was really Discover PT Day that sealed the deal; I felt so comfortable and was warmly welcomed by the students and faculty that I had the privilege to meet!

First off, my aunt is a SLU PT graduate. For many years I was interested in PT solely based on her stories, the times where she helped other members of our family or myself with her knowledge, and the times where she let me tag along to her work. But I finally knew that PT was right for me after a particularly injury-ridden career as a basketball player. In high school especially, I met one of the best PTs I've ever known while rehabbing my knee. She was so knowledgeable, personable, and skilled, and she really showed me what PT was all about! I knew that I too wanted to help others to reach their goals and regain control of their movements and lives.

It is so hard to choose just one favorite memory! I guess one time that's standing out to me is the costume party that two of my best friends and I decided to go to dressed up as house elves (from Harry Potter, just in case some of you Muggles didn't know). We made our costumes by ripping up pillow cases and then covering them and ourselves in dirt and glitter. That was commitment and SLUper awesomeness if I have ever seen it! 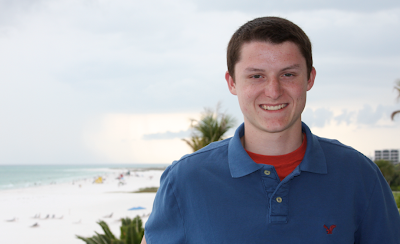 Ryan Fullington
I chose Saint Louis University because I enjoyed how the students and staff were so friendly and accepting during my tour of the campus. The overall atmosphere on campus was unique and spirited so I knew this would be a place where I could thrive and get involved.  SLU’s Program in Physical Therapy is nationally recognized as one of the top programs in the country with world-class faculty and resources. The fact that I would be getting a distinguished education while living on a beautiful campus with friendly people made SLU PT an easy choice.

I was a four-sport athlete up until 8th grade, and a three-sport athlete in high school, so I have had my fair share of injuries. I had to see a Physical Therapist on five separate occasions for different injuries, and after each time I was able to return to playing sports. They renewed my way of life. Injuries are inevitable and I want to help assist people back to living optimally so they can perform the activities that they love. The human body has always been fascinating to me, so one thing I look forward to as a Physical Therapist is applying my knowledge of the way the body works while helping individuals recover so they can live life to the fullest.

My favorite SLU memory so far is the 3 vs. 3 PT StuCO basketball tournament. Basketball is one of my favorite sports to play, and it was a joy to put my individual and teamwork skills to the test against other PT students. It was such a fun way to get exercise, and every person showed great sportsmanship. Another cool thing was that I was able to get to know some of the older students in the program. Although my team and I didn’t do as well as we would have liked, we are determined to win it all for the next five years! 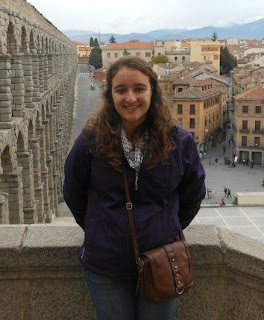 I chose SLU PT because of the opportunities I was offered with the program. Out of the schools I applied to, SLU's PT program was the only 6 year, direct-entry program that encouraged students to study abroad and made it so easy for us to do so. I was also excited about the fact that I could continue my education in Spanish. Most other programs did not recommend pursuing a minor.

Unlike most of my classmates, I never experienced an injury that required me to go to physical therapy. I think I just kind of stumbled upon the idea one day. I've always known that I wanted to do something in the medical field that would allow me to have maximal patient interaction. I explored a few options, and was sold on physical therapy after a few months of volunteering at a local hospital's outpatient clinic.

As for my favorite memory at SLU, it would be impossible for me to narrow it down to one memory. So many of my experiences at SLU have been amazing and a lot of it has to do with the great friends I've made. I came to SLU not knowing a single person, and now I have an awesome group of friends. I don't think there's ever a dull moment with them!

I choose SLU PT not only for the highly rated Doctorate Program, the beautiful campus or great city location, but for that 'SLU atmosphere' that we all know and love.  The overwhelming sense of community rooted in Jesuit values, campus involvement and school spirit is enough to win anyone over. Upon a single visit, I knew that SLU, especially the PT program, is the place that I can thrive.

My favorite courses in high school were Anatomy and Psychology.  This combined with my love of working with people made PT seem like the perfect fit for me.

There are so many memories to choose from! But I would have to say one of my favorite SLU memories that comes to mind is supporting one of my Kappa Delta sisters at last year's Relay for Life with so many SLU students! 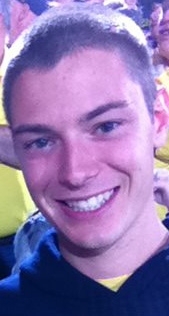 I chose SLU’s PT program because it is a top-ranked direct-entry DPT program. I also really liked SLU’s campus and the financial aid made it possible for me to come here.

Throughout my life I have needed physical therapy for various injuries, which sparked my interest in the field. I’ve always liked science and working with people, and PT is a perfect combination of both.

One of my favorite memories here at SLU has been participating in the National Multiple Sclerosis Society’s Free From Falls program. This has given me the opportunity to get hands-on experience as well as insight into what I have to look forward to as a PT.