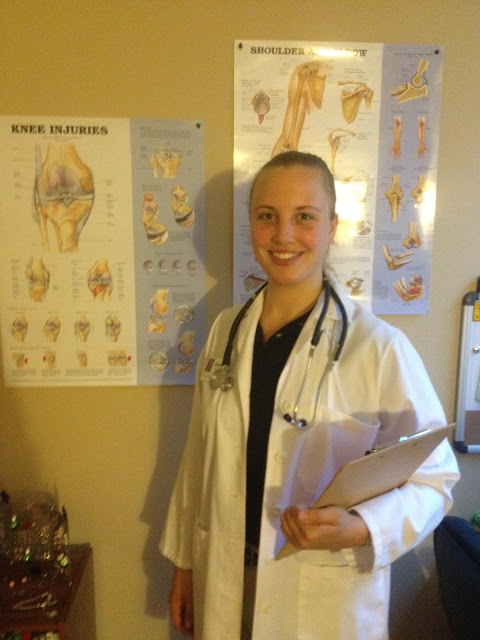 #ChoosePT Spotlight - submitted by Brianne Ernst (Keller)
I was 10. I sat in the pediatric neurologist’s office as he ordered an MRI of my brain. A stroke or a brain tumor. Which was it? What did that mean? What was going to happen to me?
As I sat there a couple weeks later trying to wrap my head around the final diagnosis - an intrauterine stroke, a stroke before I was born - he wrote a script for physical therapy.
Physical therapy? I didn’t know it in that moment, but those two words would change my life. I met the most hardworking, compassionate, and motivational physical therapist. Dan stood by my side while I cried and struggled through the exercises and became outwardly frustrated more times than I would like to admit. I was not a good patient. But that didn’t stop him. He pushed me to do better. Over the next 10 years, with multiple wrist fractures, patellar dislocations, wrist surgery, and knee surgery, he was always there with a smile on his face.
He worked magic. He healed me. He helped me achieve the impossible. He is the reason I became a physical therapist. I want to help my patients achieve what they feel is impossible. And that is why, every day, I #ChoosePT.
--
Brianne Ernst, PT, DPT, OCS, COMT | Physical Therapist
at 3:47 PM