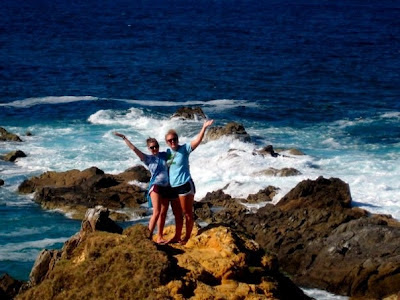 Why did you choose your site?
I chose to study abroad in Australia because I love the sun, the ocean and being outdoors. What better place than Down Under itself? Australia is also a difficult place to simply visit on vacation, but I’ve always wanted to go, so I thought living there for 3 months would suffice! 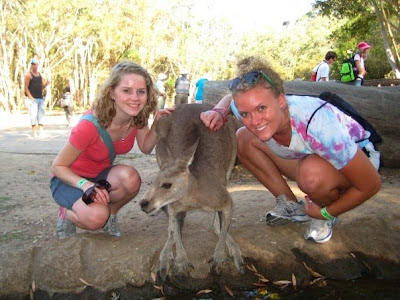 What did you anticipate? Were you nervous? Excited?
As I prepared to head to Australia I was extremely excited, but had a few nerves to take along with me too. I was about to take on a 3 month adventure in the furthest place I could have picked from home - and not to mention by myself!

What surprised you the most about your experience? What about the other culture surprised or shocked you?
Going to Australia, I wasn’t expecting to gain a lot of cultural experiences. However, the minute I walked off the plane into the Land Down Under, I knew I would be mistaken. People there are both friendly and extremely hard to understand. I was a lost American with a large bag of luggage and was helped by so many people, but understood hardly any of them. Here I was thinking that I was travelling to a place that spoke English - it can’t be that hard. Australian language is not English. They speak fast and they use words I had never heard of before. It took me a while to finally understand what they were saying and by the end of my experience I was able to interpret for others and was speaking the Aussie language. 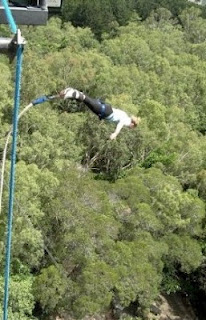 What did you see (monuments, historical sites, palaces, etc.) that impressed you the most?
Australia is truly a beautiful place and I was incredibly fortunate to be able to travel to a few places. We stayed in Gold Coast, Australia which is on the East Coast between Sydney and Cairns (where the Great Barrier Reef is). The beaches there were beautiful - beaches all over Australia were beautiful. My friends and I travelled to Sydney Australia where we were able to climb the Sydney Harbor Bridge in the evening and get a breath-taking view of the Opera House. The next day we dressed in our best to hop on the train to the Sydney Opera House and see the Australian Ballet. Being able to see a show in the Opera House was life-changing. It was beautiful. Another trip I went on was to Cairns, Australia. That weekend I went skydiving, bungy jumping, ATV riding and scuba diving over the Great Barrier Reef. Needless to say, it was the best weekend ever. Those trips were my main ones, but I was also fortunate enough to travel to many other places around Australia.

Can you describe some of the food that you loved best? Any food experiences that didn’t go as planned/well?
Food there was delicious. I had some of the best fish of my life and that is actually where I started loving seafood. However, there was one time my roommate and I ordered an octopus salad thinking the octopus would be cooked. We were wrong and it was gross. But, to this day I have yet to have better seafood than I did walking off the beach to grab some fish n’chips. That was the life. 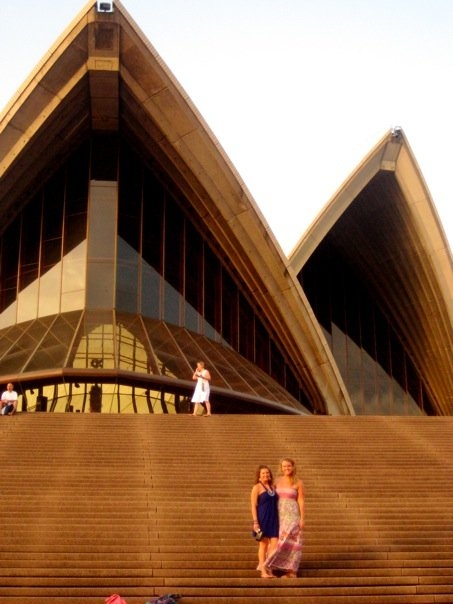 Did you make friends with some of the people native to that site? What was that experience like? Did they make you notice things about your own culture that surprised you?
Most of the friends I made in Australia were natives of Australia or were studying at the University from all over the world. They helped show me Australia beyond the tourist experience. I learned how to speak “Aussie” from them and was able to experience authentic Australian locations less populated with tourists. They also helped enlighten me on how the rest of the world (or at least how Australia) views America, or, “The States,” as they called it. Things I just assumed everyone knew about the US, they informed me they did not. For example, they haven’t the slightest clue how far states are in relation to each other. Stating I was from Kansas and went to school in Missouri meant nothing to them expcept I was the girl from Kansas who travelled to Oz (ironically, a nickname for Australia) and they wondered where my little dog Toto and my ruby red slippers were. The friends I made in Australia are still some great friends of mine and we have kept in touch over the years since I left. I know when I go back to Australia, I will have a lot of different places to stay. 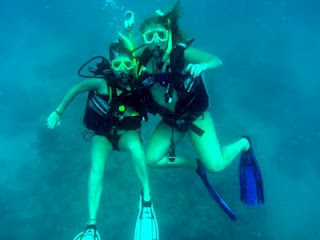 Would you recommend that other PT students study abroad? Would you recommend your site to them?
I believe every PT student should study abroad. It was the best experience of my life and I wouldn’t trade it for anything. I learned so much about myself as well as a different culture. I got to experience things I would have never been able to do otherwise and made some great friends a long the way. I would definitely recommend Australia for anyone interested in studying abroad. It was adventure-filled with lots of sun, sand and salt water.