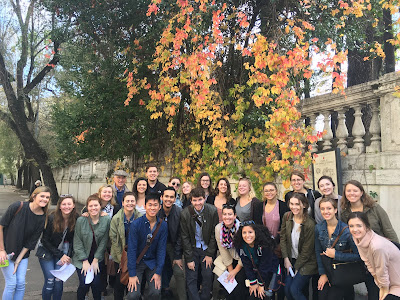 I chose to study in Rome because I did not want my abroad experience to happen in a populous city like Madrid. Rome is filled with history, from the center of the Roman Empire to the center of Catholicism, I thought I was getting the biggest bang for my buck by study in Rome. The food also played a HUGE factor in my decision because Italian food is my absolute favorite of all time. 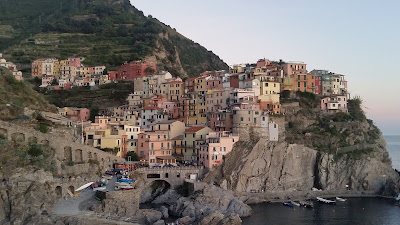 I was expected Rome to be this ancient classy city. I was also expecting everyone to be super stylish, like straight out of a Vogue magazine. I remember searching up videos about traveling in Rome and the best places to go sight-seeing and best places to eat. I was super excited about going to Rome because I have never been to Europe before or ever traveled to another country alone. In the weeks leading up to my departure, I became very nervous and started to rethink my decision to study abroad. I became super nervous about not being able to make friends and having to spend my semester abroad alone in another country.

One thing that surprised me the most about Rome was that it is, what I describe it as, a city stopped in time. What I mean by this is that the city has chosen to stay very close to its ancient ties while failing to modernize itself. It is still amazing to see ancient ruins near modern buildings. One thing I learned about Italians, more like Romans, is that they are extremely laid back. There is no rush for anything in the city and it reflects in their public transportation system. 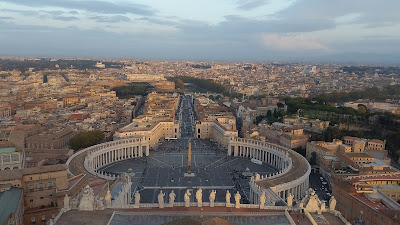 Some of the monuments that I saw that amazed me the most was the Vatican, the different basilicas, and the colosseum. The Vatican is its own country that is located in the center of Rome and holds St. Peter’s basilica. The basilica looks incredible from the outside and even better on the inside. There is so much detail put into every square inch of the basilica. I was lucky enough to go to several masses in the Vatican and inside the basilica. One of my favorite memories is being able to go to the papal audience and see Pope Francis a few rows away. The colosseum is this huge arena where citizens of Rome would gather to see gladiators fight to the death. Walking into the colosseum felt like going back in time and I was amazed at the details and the structure itself. 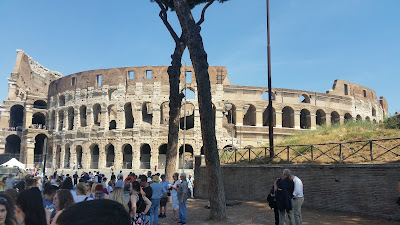 If you go to Italy and not eat the pasta, then you are doing it wrong! My favorite food in Rome by far was the pasta, specifically the pasta Carbonara. I also loved how Italians eat their meals in courses, usually 4 courses. They consist of antipasti, la prima, il secondo, and il dolce. I would have to tell myself that this was a marathon and not a sprint whenever we were given a 4 course meal. There was this one time when I was out at a restaurant with friends and I was mistaken as Italian (which I love when that happens). After we ordered, the waitress approached me and started speaking really fast Italian and I had no idea what was happening. I was able to pick out some Italian words that I understood and from those words I understood that she was telling me that my dish was sold out and I had to order something else. I spat out the name of a random dish that I knew and that was that. When the waitress returned with our dishes, received my original pasta dish and were left with an extra pasta dish that no one had ordered. After talking to the waitress and manager we found out that what my friend had ordered, a caprese salad, was sold out and I basically ordered for her. That is what happens when I become too stubborn to tell someone that I am not Italian and do not understand what you are saying. 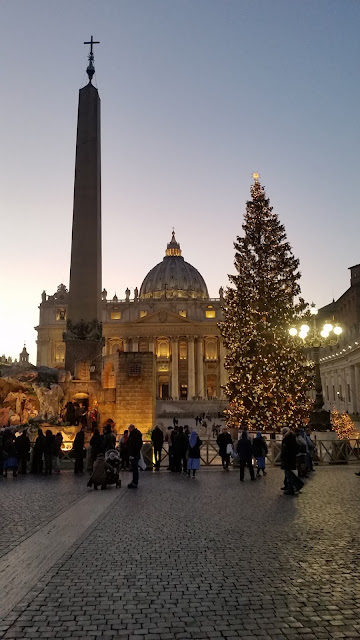 I was lucky to make friends with some of the Swiss Guards that protect the Vatican and the Pope. I became friends with them through the director of campus ministry on campus. They were able to give us a private tour of their barracks and St. Peter’s Basilica. After the tour, my friends and I got the chance to sit down with the Swiss Guards and talk about our different cultures over food and drinks. They seemed to know a lot about American pop culture, including music and movies. 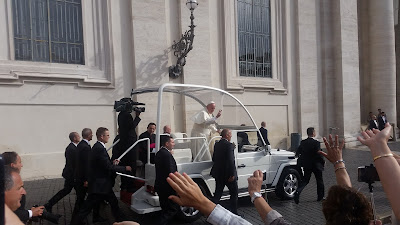 The John Felice Rome Center, which was the university I was attending in Rome, did not have any opportunities for me clinically. Most of the internships or opportunities were more social service based rather than medical based. I did get the chance to serve food to the homeless population at the Vatican and also was involved in a neighborhood cleanup in the Balduina neighborhood. 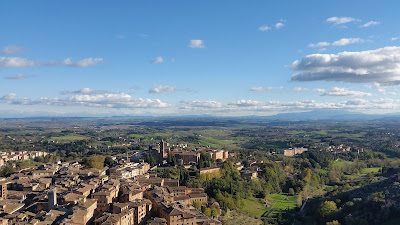 If you are looking for clinical experience, then this program might not be for you. If you are, however, looking for the opportunity to meet people who are not from SLU, eat great food, and be immersed in a culture that is completely different than yours, then I recommend this to you. I was the only PT student from my class to study abroad in Rome, so I was given the opportunity to branch out and meet tons of new people from different universities and from SLU and made lasting friendships. The University is also situated in a residential neighborhood, so you have the chance to experience how Romans live, shop, and travel within the city by having fun adventure on public transportation. I would not trade the experience that I had for any other one. 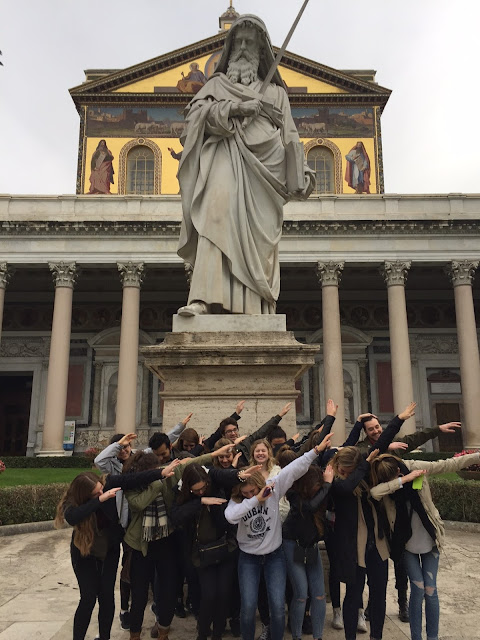