We recently made a post to congratulate Team “SLU Phycycle Therapy” for their participation in BikeMS 2013. BikeMS is a National Multiple Sclerosis Society cycling event that raises money to fight MS. SLU PT faculty, students, and friends made up Team SLU Phycycle Therapy. One PT student, Hannah Schweickart (Class of 2014) invited both her father and grandfather to participate in the event with her. She described to us below what it was like to have 3 generations of Schweickarts BikeMS. 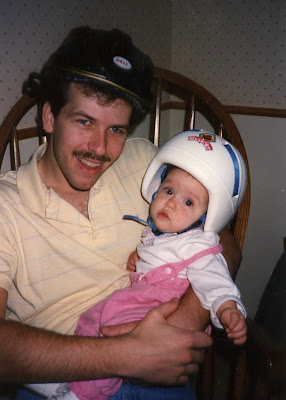 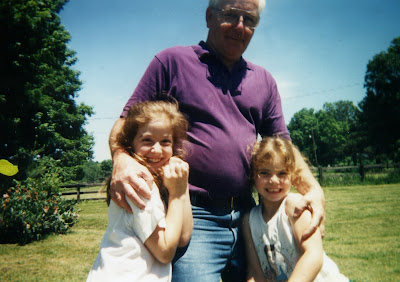 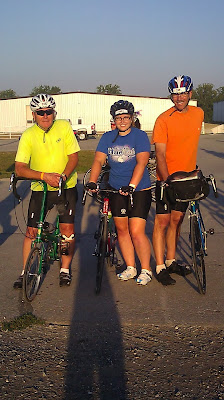 Ever since I can remember, cycling has been a part of my family’s life. Some of my earliest memories with my dad are from camping trips when he would wake me up before sunrise, put me in a seat on his bike, and ride to the top of a mountain or lookout area so we could watch the sun rise over the smoky mountains. I also remember thinking my dad was really cool because he rode his bike to work every day. When I got a little older, I remember my dad telling me that my grandpa would be riding his bike across America. These few stories are what helped get me excited about cycling, even though I never really did much with it.
When I heard about BikeMS 150, I thought this could be a fun way to hang out with some classmates and faculty while also really starting to get into the family business of cycling. I also thought this was a great opportunity to help raise money for the National MS Society. I know they do great work and that even though I do not personally know someone with MS, I will encounter many patients in the future that struggle with this diagnosis and I want to help in whatever way possible. As I was talking to my dad about it, my mom chimed in suggesting that he join me on the ride. From there, the idea to get my grandpa involved as well seemed like a no-brainer. 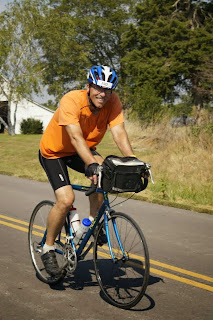 Never having really participated in a long ride like this before, I was thinking I would opt for the shorter route of 40 miles a day instead of the 75 miles. With about 4 months to train, my dad convinced me to attempt to get in shape for the 75 mile ride. It would have been easier if we lived in the same place to go on rides together, but we would call each other and update each other whenever we had a big ride and I used that as motivation for me to keep pushing. Before all of this started, we had decided that the order of cycling shape went the opposite between generations than what you would expect. My grandpa was in the best shape, my dad was in the middle, and I was at the end, in the worst shape. The best bike went the opposite direction though, so I had a slight advantage there. I am too competitive to let both my dad and my grandpa beat me on this ride. I wanted to be able to hang with both of them so I knew I had work to do.
By the time the weekend arrived, I had gone on a few long rides so I felt prepared for the 75 mile ride at least for day 1. I was excited that all 3 generations were going to be riding that route together. How many people can honestly say that they got to ride 75 miles with their almost 80 year old grandpa? So we went to Columbia, ate some pasta, and prepared ourselves for the ride the next day. That morning, we met up with the rest of team SLU Phycycle therapy, ate some delicious pancakes, and got ready for the start of our day. 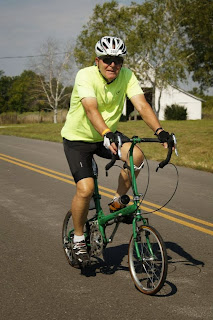 The ride started out great, but the day got very hot with the street surface temperature reaching greater than 100 degrees. Throughout the day, I got to spend time talking with my dad and grandpa and occasionally riding ahead and waiting for them at the next rest stop. Towards the end it was hard to keep motivating myself to cross the finish line, but watching my grandpa just blow right by me while I was taking an unplanned rest stop gave me the inspiration to keep going. Because we were all at different levels of riding it became harder to stay together the later in the ride we got, so we didn't finish at the same time, but we all did finish.
The next day was rainy and all of the people on our team decided not to risk the potential injuries that could happen with slick roads so none of us rode. Overall though, the weekend was a great time to get to know some of my classmates, faculty, and even my dad and grandpa a little better. It is definitely a weekend I will never forget.
Hannah Schweickart
at 1:22 PM