Claire McKeone and the TASKforce Rock and Roll Marathon

The article below by physical therapy student Claire McKeone (Class of 2014) describes her experience as an assistant coach for TASKforce during the Rock and Roll Marathon and Half Marathon, including meeting runners from all over the world, a concert with Train, and an inspiring spirit of generosity.

Running has always been a part of my life. It has been a way for me to connect with my family, make friends and learn how to push my limits.  However, until this year I never really saw how running can bring people from all walks of life together. I was given the opportunity to be an assistant coach for TASKforce. This team of runners is from all over the world. They train together for the Rock and Roll Marathon and Half Marathon while raising money for TASK, Team Activities for Special Kids. TASK is a non-profit local organization for kids with special needs to participate in team sports and social opportunities in a safe and supportive environment. Many of my classmates thought I was crazy: 5AM runs, 3 times a week. But I loved really getting to know the St. Louis team members, running with them, encouraging them and watching them progress.
I didn’t realize the impact this group of runners had until Race weekend. We started welcoming in international members on Thursday. There ended up being representatives from 13 countries and over 300 people in total, all raising money for TASK here in St. Louis. It was amazing to see everyone’s enthusiasm through the weekend. They were so dedicated to the race and raising money for kids they had never met.
On Friday we had a social event where all the participants mingled and shared stories. This included having the opportunity to meet running legend and an Olympic gold medalist Frank Shorter. Then on Saturday there was a service project with all the TASK athletes so the runners could meet the children they have been supporting. Finally, it was Race day! All the coaches were placed on the course and took turns running parts of the race with our team members, encouraging and helping them to the finish line. 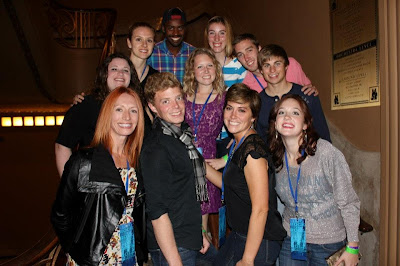 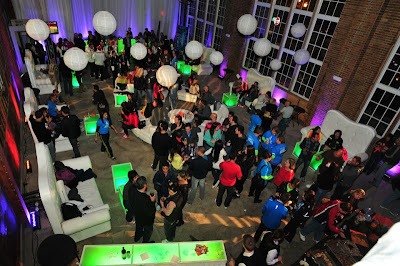 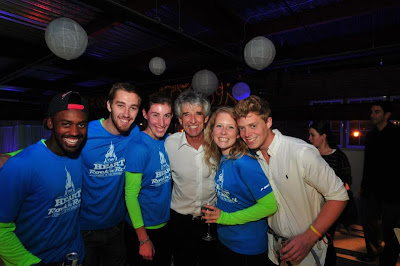 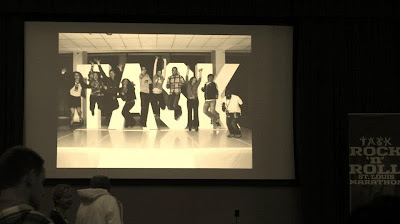 The last two events were a Thank You Gala for all the runners and a benefit concert featuring Train! Everyone was completely exhausted, enthusiastic to be done, and ready to relax together. I was able to bring a few friends to the concert. Amazingly Amanda, another physical therapy student, and I got pulled on stage! Amanda even stopped the show so we could take a picture on stage with Pat, the lead singer. The band did an incredible job incorporating all the TASK Athletes into the concert, by pulling many on stage, going as far as giving one of the boys a signed guitar and letting him play the last song with the band. After the concert the band handed out backstage passes with the TASK kids in attendance, giving them the opportunity to meet the band and get their pictures taken. 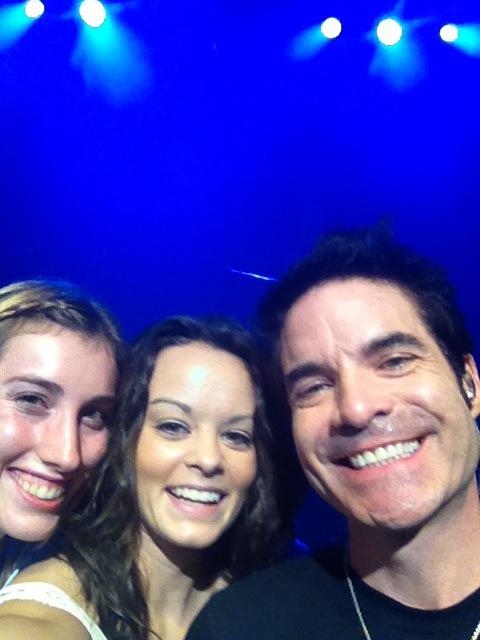 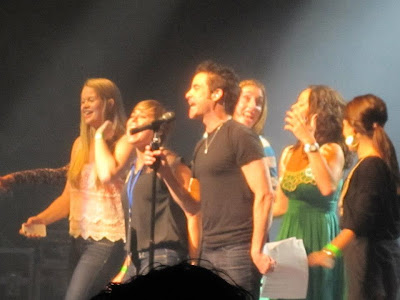 It was definitely one of the most rewarding weekends and the most amazing job I have ever had. Sure it was rough some mornings, but I absolutely loved every minute of it. I was rejuvenated by seeing the joy on the runners’ faces when they crossed the finish line and making connection with the runners and coaches. The part that struck me the most was that it was all for a greater cause. They weren’t just running to finish or for a new PR, they were running for the sake of someone else. I am so thankful for this opportunity; it is something I will never forget.