Only one clinical rotation in Belize and I have an immense amount to reflect upon in my return to the fast paced egocentric US.  The unknowns of diving into the first Physical Therapy student rotation in a structured program with a vision of sustainable care alongside an already well established interdisciplinary health care team at Hillside proved to be anxiety producing as I disembarked from Saint Louis.  The only known fact I could anticipate was the work load.  Belize is no vacation for medical tourists. 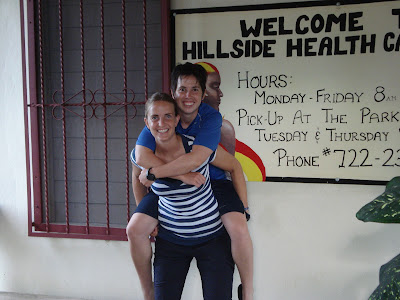 I am certain at least one individual reading this spontaneous blog has been to Belize.  You have seen the clear blue water of the Caribbean, maybe you snorkeled or dove off the reef, maybe you even spent one day with a guide inland to see a Mayan Ruin or some other tourist attraction.  Did you truly see the country though?  Did you take in the culture beyond the color of the buildings in Belize City or the thatch huts nestled along the highway in the Mayan Mountains?
Wherever you may travel in this small country of roughly 180 miles north to south and maybe 70 miles east to west the diversity in culture should catch your eye.  The various groups of Maya who were pushed out of the highlands of Guatemala, the Garifuna originally of African descent, the East Indian, the Kriol, the Mennonites, and even the Chinese work to sustain their families within this so called developing country.  So within the beauty of the rainforest, the mountains, and the people, I arrived searching for my place as a white American student.  Are the intentions of flying to a developing country to offer therapy where it is not currently understood or recognized as a necessity appropriate?  How could I convince myself that I was not going to be imposing my white American ideology of health care in working under the first US trained Rehab Director in the remote villages of the Toledo District where therapy was scarcely introduced previously? 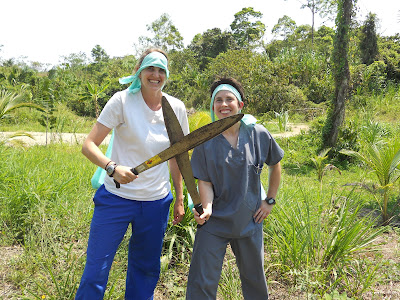 The Toledo District (the encatchement area of Hillside Health Care) is often referred to as the “forgotten land”.  It is the southern most district of Belize and comparatively sparsely populated from the rest of the country.  Punta Gorda is the largest town in the district and the rest of the residents live in villages not easily accessible by vehicle despite the small size of the country as a whole.  The family and cultural traditions of each village were evident as we set up our daily mobile clinics and examination by a PT as I found out was not always a desirable one within these traditions.  I soon discovered that lack of an exam table or even the language barrier was not going to provide me the only adversity.  In fact, the whole idea of a semi-manual examination or simple exercise prescription was at times sufficient to have my patient bolt to the door.  The influx of musculoskeletal problems treatable by therapy was immense, but so to was the desire to be treated with familiar medicine my colleagues carried.
Overall, the reception of our treatments was better than anticipated and despite the difficulty of patient follow-up, I did begin to see progress being made and appreciation expressed in the outpatient and home health populations I saw throughout the rotation.  My fellow PT student and I also attempted to learn and utilize Kekchi (a Mayan dialect often spoken in the villages) which enabled an increased understanding and reception in some of the villages.  Perhaps the most pertinent time I shared though was in education of my patients and the primary schools. 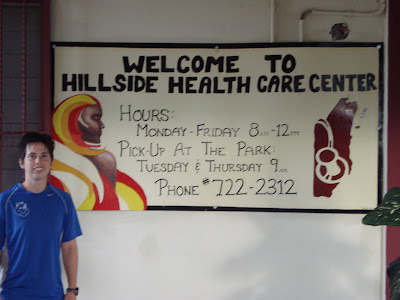 Disability is often viewed as taboo and a result of a curse.  While validating the spiritual beliefs of each community, we introduced the capabilities of those with disabilities through the story of Emmanuel’s Gift.  The fact that a young boy with a congenital malformation is capable of going to school, playing futbol, fetching water from the river, and eventually climbing his way to running for an elected office is unheard of in Belize.  The simple exposure to adaptive devices like crutches or wheelchairs opened eyes.  This is the type of education my CI had been working diligently to provide since her arrival in fall 2011.  Without a more common understanding of disability whether congenital, caused by illness, or a result of trauma PT would not have a foundation in which to treat appropriately.
A community based approach in which the people recognize the need for therapy and we collaborate to provide education and management tools is an optimal delivery method of care and assistance.  The vision of the department is sustainability and continuity of care in the plan to send an interested Belizean trainee at the clinic to university to become a licensed therapist and return as a clinician to Hillside.  In this I have found more peace with my intentions of helping rehabilitation grow as a field of recognition in Belize.  Only time will tell whether the foundations being built will evolve into a sustainable program long term. 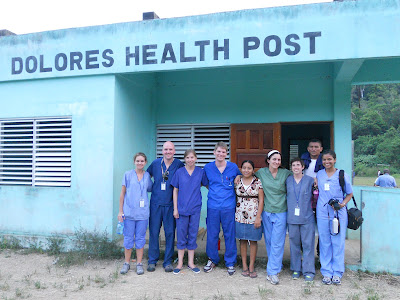